You are here: Home / Archived / Best Card Games for Adults

The first game on the list, is Skyjo.  We were first introduced to this card game by friends about 5 years ago.  There were 6 couples playing games that night.  The other 5 couples went home and ordered this game for themselves.  Really, that’s how good it is.

We’ve introduced over a dozen other families to this game since then and yes, almost all of them have purchased their own.  Including my Mom.  She and her friends (all over 80) get together every month to play card games and this is now one of their favorites.

What’s so great about it?   It’s a simple to learn game that requires a simple strategy and a whole lot of luck.  That means you can talk and joke and simply have a good time while you play the game.  This game is intended for ages 8 up.  The box says you can play it with 8 people, but our experience shows that 4 – 6 players is best.

To play a full game, you’ll play several rounds.  The goal of each round is to get rid of the highest cards, so you won’t end up having to add them to your score. The game will end when one person reaches a score of 100 or more.  That person is not the winner.  The winner is the person with the lowest score!

Skyjo was introduced in 2015.  By the way, there is another version that came out later called Skyjo Action.  We do not like this version at all, so don’t waste your time or money on it thinking you’ll be getting a better version.  Stick with the original Skyjo – you’ll be glad you did.

If there is only one game on this list that you will try – make it Skyjo. You will love it!

The game that made it to #2 on our list is Five Crowns.  We were introduced to this game by friends about 8 years ago.  It is easy to learn and quickly became a favorite.

This is a five suit, rummy style game.  It has 11 rounds.  The wild card changes in each round.  The goal is to not get caught with high cards when someone goes out.  Each round requires you to make runs and/or books.  At the very end of the game, the player with the lowest score wins!

This great card game is intended for ages 8 up.  One to seven players can play, but we’ve found that 4 – 6 is best.

Five Crowns was released in 1996.  It was invented by Marsha Jean Falco.  It has won awards because it is challenging and super fun.

Additional information: Although you can make your own score sheets for this game, you can buy premade Five Crowns Score Sheets.

Also, in our research, we found a Five Crowns Junior game, so if you’re looking for a children’s game as well, this one would be worth a try. I’m planning to buy it for our grandchildren.

This is another game that if you give it a try, you are sure to love it!

You are sure to know the game that made it to our #3 slot.  It’s been around a long time.

Rook is the game that we were playing with all of our friends noted above before Skyjo and Five Crowns were introduced to us.  It is still a game that we all love to play.

My family, after Thanksgiving and Christmas dinners, used to sit down and play Rook.  It is a timeless game for certain.

One of the things people love about this game is that it does require strategy and is best played with partners.  That’s what makes is so fun.  You don’t know what cards your partner has, but you still team up with them to try to beat the other team.

Several rounds need to be played for each game.  The game ends when one team reaches 500 and the team with the highest score wins!

This game is intended for 2 – 6 players.  The age they recommend is adult.

Rook was introduced by Parker Brothers way back in 1906.  It’s been a well-loved game ever since.  We  understand why and highly recommend it.

Our game cabinet also includes Phase 10.  It’s a great game and the challenge is real.  It requires some strategy and you have to reach a different goal with each hand.  This is another rummy style card game, but is very different from Five Crowns noted above.

Phase 10 is challenging and has some exciting twists which make it a very fun game for family and friends to play together.

The ages recommended for this game are 8 and up.  It can be played by 2 – 6 players.  We prefer playing this game with 4 players.  If you are going to play with 6 players, it will be a long game.  It will take over an hour.

Phase 10 was created by Kenneth Johnson in 1982.  It was originally sold by Fundex Games, but they sold the rights to Mattel in 2010.

The card game, Flinch, is in our secondary game cabinet, as we don’t play it that often right now.  But, it is still one of our favorites and is one we are looking forward to playing with our grandchildren.

I still have fond memories of my older brother and I peeking down the stairs at our parents trying to learn how to play this new game that they were going to gift to the family for Christmas.  We were confused by what the name was, was it Flinch, or something else?  Remember, we were sneaking a peek because we were supposed to be in bed.

Come to find out, this game was introduced in 1902 (that’s even before Rook).  It was created by A.J. Patterson.  He was a bookkeeper in Kalamazoo, Michigan.  Yes, that really is a place and it’s not just known for cereal.  This game was a million seller.  I only learned this as I looked up the introduction date of Flinch for this article.  What’s kind of fun is that we lived in Michigan, not far from Kalamazoo when I was a child.

During my research, I found out that Flinch is no longer available.  Thus, it’s of little value to you, unless you happen to find one at a yard sale or in a thrift shop.

So this is my alternative for #5 – Deluxe Uno.  Just in case you haven’t heard of Uno, it is a fun game for adults and children.  Just like Flinch, I think that one of the pluses is that parents can play this game with their children.  So, even though adults will like it, it is easy enough for children to learn as well.

You can play Uno as individuals or as partners.  The goal of the game is to be the first player or partnership to earn 500 points.

Uno was introduced in 1971.  It was created by Merle Robbins in Reading, Ohio.  He created the game and then spent $8000 to have 5,000 copies made.  He first sold them at his barbershop.  Then local businesses began to sell it and then, as they say, “the rest is history”.

We prefer the Deluxe Uno because it has a card tray in it.  We use the card tray with some of our other games as well, because not many games come with the trays any longer.  If you prefer just the cards, you can find regular Uno here.

So, that’s my list of the Top 5 Best Card Games for Adults.  We get together with friends to play games at least once a week, so if you have one to recommend, please comment below so we can all check it out.

If you play many card games, you’ll find that a time consuming and sometimes difficult task is shuffling the cards. Some card decks are just too large for many of us to easily shuffle. That must be why they created these awesome Card Shuffler. If you’re using a standard deck of cards or two, this Card Shuffler is great. If you are playing with even more cards, then a deluxe Card Shuffler may be just what you need.

Which one or two of these games sound most interesting to you?  Try them out.  You and your family and friends are sure to love it! Be sure to comment below and let us know which becomes your new favorite. 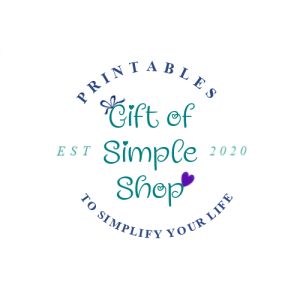 I’m Pam; wife, mother, grandmother, daughter, sister, and friend.  I am passionate about living a simple and healthy lifestyle and my walk with the Lord.     I love cooking, organization, saving money, DIY, just to name a few…